One year ago today, my husband and I made the hardest decision of our lives and we turned off the machines that were keeping our son alive.

I still remember the people who were in the room as my husband and I took turns holding our precious baby boy as he lived his last few moments. It was the two of us, a child life specialist, a nurse—who we adored, a photographer and a doctor who had taken a special interest in our journey.

In the 24 hours leading up to that moment, I repeatedly sang the chorus of a song that I’d only heard once from a few weeks prior….”I’m at peace, even though my heart is breaking. I’m at peace, I never thought I would be shaken….” My husband told him that as he was on his journey to Heaven to make sure that he connected with some good women like his grandma and my great-grandma because they would take good care of him. The last thing that our son heard was me telling him that we loved him as I gently rocked him and kissed him and he heard his daddy’s voice on a homemade CD playing on a CD player telling him that he was his Daddy’s boy, his mother’s baby and the righteousness of God.

The doctor took the tube out of him exactly at 7 pm and he took his last breath, in my arms, at 7:23.

After he passed away, I told Chris that I wanted to pray. Those who were in the room with us asked if they could join in. We formed a circle and I thanked God that He chose us to be Christopher Louis Jones, Junior’s parents. I prayed that God would allow our son’s life to serve a great purpose, that God would allow us to feel His love and that He would strengthen us in the days ahead. I prayed that our nurses, doctors and entire care team would be blessed and that as a result of watching our faith journey that their lives would be positively changed.

A year later, the hurt is still there. I don’t expect it to leave. It may not be as prevalent on some days like it is on others—but it’s there. And that OK, because as a human, God created us with a soul that includes emotions. And part of being human is feeling those emotions-even the ones that don’t always feel good.

A year later, we still acknowledge our son by his name and we’re very honest about how much we miss him and how much we love him. Chris talks about how much fun he would be having playing with and getting in trouble with our son due to their mischief. And I talk about how I still can feel his hair and forehead up against my cheek as I nuzzled him during the three days I got to hold him.

A year later, as I reflect over all of the great things that have happened since our son’s death I stand amazed at how God has been able to move through our circumstance to bless so many others—and to show us how strong He and we are. I’m looking forward to seeing how God will continue to move through our lives as we agree to being conduits of change when it comes to what grief and grieving look like for parents who have endured child loss.

A year later, I’m still a mom, my husband is still a dad and our little guy will forever be our son. I can’t believe that today one year ago, you came into this world. Albeit, you were blue because you weren’t breathing and looked like a little smurf-you were our little smurf and we loved you just the way you were :-). And, I’m grateful that all of the doctors and nurses worked as hard as they did so that you could start breathing.

It has certainly been a year of many ups and many downs, but through it all, your daddy and I have thought about you every single day and we have talked about you almost every other day. We think about what you’d be doing, what you’d look like and how you’d probably be causing all types of ruccous with your daddy! But even in those thoughts, we’ve managed to be honest with ourselves and honest about our situation and we know that Heaven is truly the best place for you to be.

So, even on this day, although you weren’t here to physically be with us, we still acknowledged that it was your special day and that while most people take 100 years before they figure out their purpose, we couldn’t be more proud that it only took you 10 days.

You have truly lived up to all of your names, little Christopher (Bearer of Christ) Louis (King) Jones (Favored One), Jr. We are looking forward to seeing how God uses your precious life in year two because we know that it is going to be even greater than year one. For we know that God knew you before He formed you in my womb and that even before you were born He definitely set you apart for His divine purpose.

We love you to the moon and back, little boy….and don’t you ever forget it. 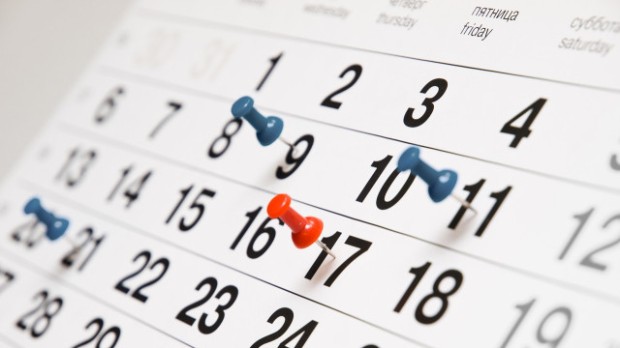 For the last 11 months I have dreaded July. July is the month that our son was born in and July is the month that our son died in. And for the last 11 months I have anxiously (and not in a good way) awaited July. And now, July is here. For the last 11 months, I have wondered what July be like. Would I cry every day? Would I be able to make it? Would I be in a bad mood? I’m happy to report that so far none of those have happened and we’re already three days into the month. That means we’ve got 28 more to go!  But-I can’t and I’m not going to promise that any of the aforementioned won’t happen before July is over.

If there’s anything that I’ve learned about grief and especially grieving an infant, it’s that sometimes the act of grieving-in whatever form that may show up-can come at any moment…unexpected….and unannounced. And while a lot of times, people may be anxious about anniversaries that have to deal with their child’s life or death, sometimes it’s not the “big” anniversary dates that throw a person into a downward spiral of grief–it’s those days and times when they least expect it.

My original due date for Junior to be born was August 16 but by the time August 16 had arrived he had already made his precious entrance into and exit out of the world. And so the day came and went without a lot of emotion other than me personally acknowledging that it was the day he was supposed to be born. But last month when I reflected on the fact that it had been a year since our friends and family threw our baby shower, I cried myself to sleep and cried some more for the first part of the next day. Go figure.

I say all of this to say that anniversary dates aren’t going to stop coming. And just as one of my good friends and fellow angel moms has shared with me-“time stops for no one.” Unfortunately, it doesn’t even stop for us angel parents who have to live through anniversaries and birthdays without our children. But, that also means that as time goes on and as we go on with it, there will be more opportunities for us to keep our children’s memories alive. Birthday and anniversary dates are going to show up as long as there are 365 (and sometimes 366) days every year. But maybe instead of being anxious about those days, months or seasons, we can start looking at them through the lenses of a different perspective and with a statement of courage for ourselves. Maybe, just maybe the next time one of those anniversary dates show up, we can turn it into an anniversary of sorts for ourselves, where we can say with a boldness in our hearts that yep, we’ve made it to–and through–another day. And the thought of turning what would normally be a recurring sad day of reflection into one that’s marked with resilience and strength makes me a lot less anxious about anniversaries.